as many as 60 can participate

He is a loner with few acquaintances and even fewer friends. His time is occupied with his unusual hobby.

Lily Her recipes for Halloween treats have been passed down from generation to generation. No one is quite sure of the ingredients.

Bella Bones - Mortician and owner of the Bones Mortuary

The Bones family has supervised the eternal interment of Reapers for as long as people can remember.

He's been cutting Reaper hair for years and still uses a straight razor to give his customers the closest possible shaves.

Townspeople clandestinely seek her advice. Her predictions have been amazingly accurate. 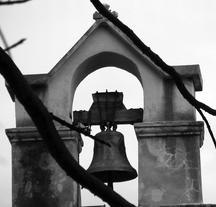 He was called Evil-Eyes Emil. When he looked at people with his infamous right eye, so the story went, bad things invariably happened. Townspeople cringed and covered their faces as Emil came near, not daring to look directly into his ominous orb.

And, as he was being driven out of Reaper Junction on Halloween night exactly 100 years ago, Emil vowed to return one day to wreak his vengeance on the mob and its progeny for the way he had been so rudely tossed out.

​That cryptic curse was all but forgotten by today's generation of Reapers who laughed at such nonsense. But, the laughter has stopped. For, last night, shockingly and unexpectedly, a local resident staggered into the town square and announced that Emil had been sighted in the woods and, true to his century-old proclamation, someone had been the victim of Emil's anger.

The deceased was Grimsby Graves, the patriarch of a family whose ancestors had helped found Reaper Junction in 1770. ​The Graves' seemed to have had their fingers in every pie that was ever baked in Reaper Junction. The history books say that it was, in fact, the Graves brothers who had led the torch-lit mob that oversaw Emil's abrupt exit into the stormy night.

So, how then can justice be done? How can someone who is already dead be brought to trial? And, can the court truly find a jury of his peers? Or, will the explanation be less scintillating and more sinister?

I ordered "Evil Never Dies" from you and it was a big success. So successful, I have had many other KOA inquire about you and your product. Well, I think you are great and will order all of my Murder Mysteries from you. I really think you have the best thing going. Simple, easy and lots of fun. I am going to give out your website to lots of people next week.
Kathy Kennedy
Bristol Kingsport KOA
Blountville, Tennessee
DOWNLOAD "Evil Never Dies" for $39.77.