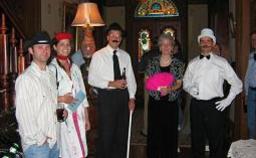 as many as 80 can participate

The world's attention is focused on a European continent which is poised to either create a legacy of political order or unravel a system of post-World War checks and balances.

It has been nearly four months since the Italian Duce, Benito Mussolini, ordered his troops into Abyssinia. The League of Nations, ignoring an impassioned plea by Emperor Haile Salassie, removed all sanctions against Italy on the Fourth of July. Two weeks later, civil war broke out in Spain and Generalissimo Franco called up Adolph Hitler and his Nazi legions to aid the rebel troops.

Even today, the German Luftwaffe is practicing a new type of warfare called blitzkrieg because of the lightning fast speed which it takes place. Less than a week ago, Il Duce's son-in-law, Count Ciano, concluded the talks with Hitler that created the Berlin-Rome axis of power.

In England, King Edward VIII's coronation is being planned for early next year. His affair with American divorcee Wallis Warfield Simpson is well-hidden from the general public as the British press has agreed to publish nothing about the relationship to avoid a scandal among the king's loyal subjects.

And, at the English country estate, Conifers, Sir Hugo Smythe Armbruster's 70th party took place last night. Sir Hugo had been knighted after The Great War for his contributions to the war effort. His brilliant sense of both history and propriety established him as an able publisher whose newspaper, The Daily Truth, kept the citizenry informed of what was happening at the front.

The assembled guests celebrated the event in a most fitting way - with enough food and drink to choke the proverbial horse. But, it seems, the horse may have fought back. For, this morning, Sir Hugo was found dead in the stables near the main house. Although the death was at first viewed to be accidental, Scotland Yard took little time in declaring that, indeed, evidence pointed toward murder.

The old gentleman had been a cat fancier, priding himself in the rare breeds that freely roam the grounds of Conifers. It was said that he preferred cats to humans, pampering them with catty trinkets. He had even threatened to leave his vast fortune to The Royal Feline Society rather than have his millions squandered by "fools and scoundrels." One could only imagine what surprises would unfold when the will is read.

The Cat Screamed at Midnight

He keeps track of everything that takes place at Conifers and arranged the surprise party.

Lily has been employed by Sir Hugo for the past five years. She has a history of service at estates in Berkshire.

He has a reputation for fast cars and fast women.

Her humble beginnings have produced potential wealth through her marriage to Albie.

She had been starring in the play, The Lady Likes To Live It Up, until her recent hiatus from the cast.

She was an uninvited guest who seemed out of place among the others.

He has a way with horses and an interest in Sir Hugo's social events.

Arthur MacKenzie -The editor of The Daily Truth

He worked for Sir Hugo. To him, only the truth will do. 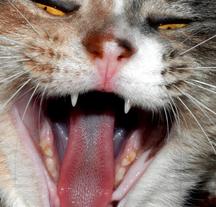 This event was planned for our top global management team. We rented a Victorian home for a dinner party and "The Cat Screamed At Midnight" was a perfect fit. Thanks for providing us with great team building materials!
Tracie Betts
Buckman Laboratories​
Memphis, Tennessee