as many as 70 can participate

He has been trying to obtain Clappini's endorsement for his new product.

She is said to be in love with Clappini and would hate to see him with someone else.

Clappini has used these Bulgarian cards for 10 years and raves about them.

He has threatened to file a copyright infringement suit against Clappini.

She claims to be starting an Amazing Clappini Fan Club.

He says he is a long-lost relative of The Amazing Clappini. 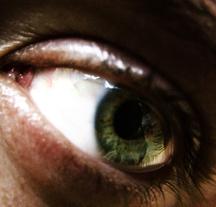 He was a prestidigitator beyond compare. The Amazing Roberto Clappini built a reputation for performing card tricks that could deceive even the most well-trained eye.His latest trick was proclaimed to be one that would take the art of sleight of hand to a new level.

The trick was always performed with cards manufactured by Svengesi's Strong Suits, the Bulgarian company that is known worldwide for its outstanding product. Clappini swore by the cards' quality and refused to consider using any other brand.

Now, though, Svengesi's renown has taken a hit - struck by the same blow that killed Clappini after last night's performance at Finger Lake. But, authorities have a clue about the identity of the murderer, or to be more accurate, a handful of clues.

For before he died, Clappini had the strength and wherewithal to pull several cards from the deck and attempt to tell authorities what happened. It would take skill and investigative expertise to identify the perpetrator of the crime - and to deal out a hand that could only be described as a "royal flush."

Quicker Than the Eye

This was our fourth mystery written by you. We just love the cheesiness of the stories and the names. We truly appreciate your creativity and look forward to acting out many more.
Felisa Westlake
Angela's at the Rex
Burney, California.
DOWNLOAD "Quicker Than the Eye" for $39.77.

I thought you might enjoy seein your creations in costume. ("Quicker Than the Eye") The event was very well received, and all are looking forward to "Death is a Cabeernet." Thanks for a great product.
Stuart Antrim
Cleveland, Georgia
View on Mobile